for the full article and more information please click HERE!

Have you been missing the quick, clever, pop-culture-tinged mother-daughter banter of the Gilmore Girls as much as we have? Well, it sounds like Netflix may have just found a suitable replacement for Lorelai (Lauren Graham) and Rory (Alexis Bledel): Ginny and Georgia.

Deadline reports that the streaming platform has ordered 10 episodes of a show called Ginny & Georgia, and it seems to have a lot of Gilmore Girls DNA, which makes us excited.

Here's the gist of the story: It's about 15-year-old Ginny Miller (Antonia Gentry) and her 30-year-old mother, Georgia (Brianne Howy). We're already seeing the resemblance here, but Deadline also notes that the awkward teen often feels more mature than her mother, who is described as "irresistible and dynamic." Sound familiar?

Not as familiar as the show's next plot point: According to Deadline, Georgia, keen on giving Ginny a more stable life, relocates their family to a gorgeous New England town. It's there where they navigate a new prestigious school and romances, both for mother and daughter.

Ginny & Georgia is a new mother/daughter coming of age series starring Antonia Gentry as 15-year-old Ginny & @Brianne_Howey as her 30-year-old mother Georgia, who try to put down roots in a picturesque town after years on the run. #Alias alum @DebraJFisher serves as showrunner 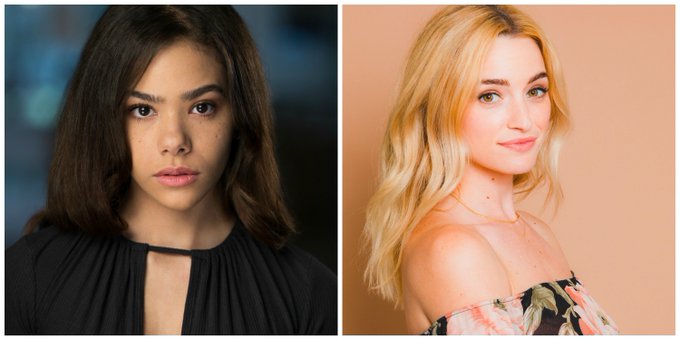 So let's recap: We have a great mother-daughter duo who aren't super far apart in age (like the Gilmores), a New England setting (ahem, Stars Hollow), and a prestigious school (like Chilton). There's even a local farm-to-table restaurant owner who sounds an awful lot like Luke. There are some differences, of course, including a younger brother for Ginny. But the parallels are undeniable. We bet Ginny and Georgia are big coffee fans too.

People online are already having strong reactions to the show. "Soooo gilmore girls but with a twist?"

Ginny & Georgia is currently in production. We'll have to wait until the show debuts in 2020 to find out how similar it actually is to Gilmore Girls, but color us intrigued.